Yesterday, Lynn and I met with our Council Member, Costa Constantinides, who you can get vital statistics about here. We hand-delivered our request for a Letter of Support regarding the Mural Project, which was well-received, and then we talked about the process of improving the playground area that lies before us in broad strokes.

The Parks Department has, in fact, already sized up the Astoria Heights Park Playground for a major renovation and has come up with a general idea of how much money it would spend to improve it. We have reason to hope that their plans are based not a little bit on the advocacy and input of the Chair of Friends of Astoria Heights Park, Lynn Kennedy.

We won’t really know the details of this plan anytime soon, but it should be reassuring to know that preliminary plans exist, budgets are being formulated based on them, and our park may receive allocations as soon as the upcoming fiscal year.

I asked if it would be possible to get a glimpse at those preliminary plans, which I imagine must be somewhat specific if they are the basis for a dollar figure. Alas, they are not available to the public.

At some point after July 1st, 2014, which is the beginning of New York City’s new fiscal year, we’ll learn about the budget that has been allocated for improvements to the playground area of our park. Based on how much money they actually have to work with, the Parks Department will create a plan along with a “scope of work” proposal, and if these pass muster internally, they will eventually be presented to Astoria residents at a public hearing.  Whenever that public hearing happens, that would be the first time that the general public hears about the exact nature of what the Parks Department has in mind for our playground.

I hope that the Parks Department is truly reimagining the space and budgeting for radical change instead of primarily upgrading equipment. Time will tell.

Members of our community will have an opportunity to provide feedback about the proposal to the Parks Department at the public hearing, and presumably that feedback is used to determine (to some extent) how the Parks Department will proceed. How are those determinations made? Good question! I would hope that Friends of Astoria Heights Park would have influence at this stage, especially if we reach a consensus about changes not included in the plan that we think should be part of the new playground. Although it’s possible that the plan will be brilliant, everything we wanted and more, I don’t think that’s probable, and it would behoove us to learn about how to persuade the Parks Department to incorporate as much of our feedback as possible.

Once the plans are approved, construction on our Park is planned and commences once its turn comes up. The time frames for all of this progress are not set, but this is clearly going to be a multi-stage project, almost certainly a multi-year undertaking. 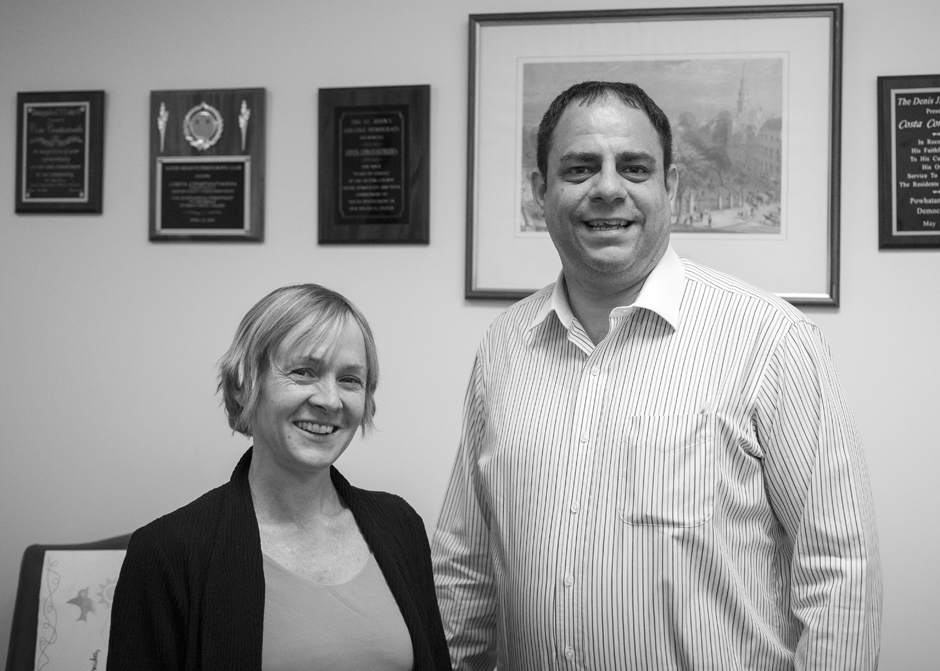 Meanwhile, we’re thrilled to have the support of our local elected officials, who appear to be on the same page about prioritizing improvements to our neighborhoods public parks in general, and Astoria Heights Park in particular. Council Member Costa Constantinides appears to want to make his mark in our neighborhood with real progress on local park and playground improvements. He has consistently been receptive to our ideas and has participated in our volunteer initiatives.  Do we finally have an elected official who takes Astoria Heights seriously and sees in it the potential that we do?

On our way to our meeting with Council Member Costantinides, I shared with Lynn a couple of brainstorms I’ve had recently— possibly teaming up with Brooklyn Grange to set up a plants and vegetables stand in our park one weekend morning, and contacting the Frank Sinatra School for the Performing Arts about staging concerts and plays and dance recitals in our Big Square throughout the Summer. Lynn shared that she had reached out to GrowNYC last year about setting up a green market in our park. So imagine our delight when Council Member Costantinides brought up that he had given some thought to hosting a green market in Astoria Heights Park before we had a chance to mention that we had been thinking the same thing.

I am as skeptical of politicians as skeptics get, so I’ll count my chickens after they hatch. That said, I’m hopeful.

All of us got involved in Friends of Astoria Heights Park because we want to make it clean, safe, and generally awesome for our children. That is our priority. However, we need to keep in mind that our Park is more than its playground. It includes the Big Square and the basketball and handball courts, too. We should be advocating boldly for changes that make Astoria Heights Park as a whole a fantastic destination, one residents of all ages can truly enjoy.