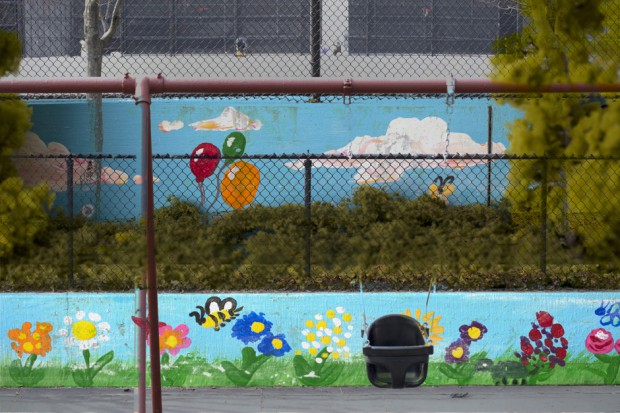 The Mural Project took place the first two weeks in May 2015 and will be followed by an Art in the Park Event to take place on May 30, 11AM.

The Mural Project for Astoria Heights  Playground began over a year ago,  first conceptually in the fall 2013 by local artist Lenore Koppleman, then subsequently in May 2014 to the Parks Department for a presentation and approval by the Parks Commissioner.  Since then, a grant by Partnership for Parks was applied for and successfully received to help complete the work, and The Friends group has  received the final contract from the Parks Department which allows the group to carry out the mural with the community, providing guidelines for safety and maintenance of the mural. 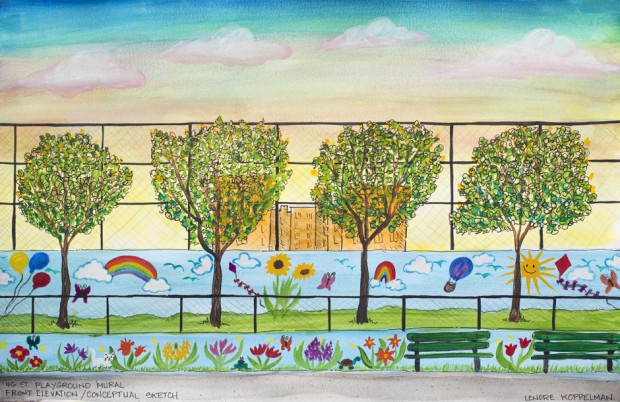 To paint a mural collaboratively, partner relationships within the community needed to be established.  Schools were first approached in Spring of 2014, a year ago, to ask for a letter of support to the Parks Department. Letters of support from our local politicians and community Board were also critical in gaining approval for the project.  The signatures of support that the Friends group gathered were essential as well, in proving the community’s support of the project.  Local artists  were contacted and invited to be a part of working with the kids. 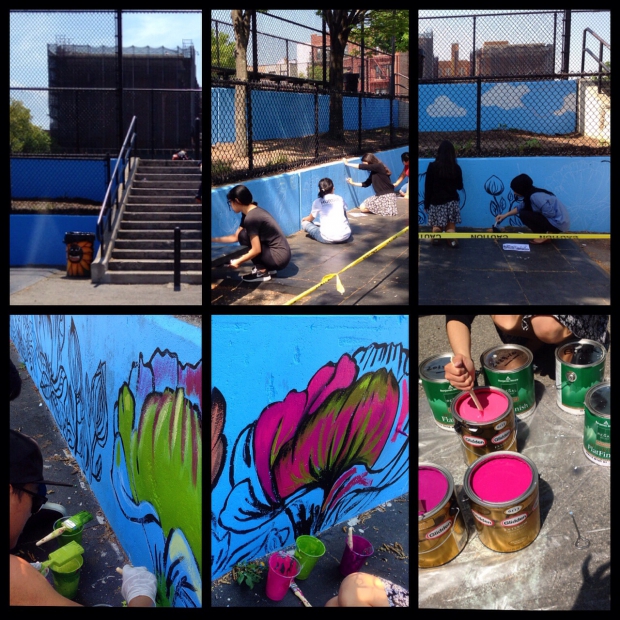 The relationships with local schools who agreed to participate developed over the last year since the initial meetings took place.  Principals and assistant principals were approached to develop support, then many conversations later,  teachers who could be a part of project were identified and provided with more detailed information as per the making of the mural and how students could be a part of process. PS 151, 255, IS 10, and William Bryant High School have agreed to be participants.  Students designed and/or painted. To show case the students beyond the work of the mural, the Friends group will host them at an Art at the Park event, May 30 at 11AM. The work on the mural will be honored, artwork from students will be presented, and some of the schools will be offering performances such as a jazz band and percussion group. In addition,the Astoria Dance Centre will provide a performance from some of its students.

The process of setting up the mural is the bulk of the work. All of the steps have been essential.  The Parks Department has generously given us great feedback that they like the way we have approached this project, that it is a good model for other groups, especially those wanting to do a mural. The relationship building has been key in making this project happen.  Of course, it is thrilling to see the mural actually completed.   Without having taken the time to develop the idea, the partners, the support  or the resources, none of this would have happened. This project is a jumping off point from which the group can take new directions in presenting art. We are currently working with another local artist, Penelope Eleni, and the Parks Department on getting her work installed  into our public space.  This too is a process with various steps including approval, reworking presentation, and resources, but what an exciting step we are taking to broaden the way we utilize our park and represent our community. 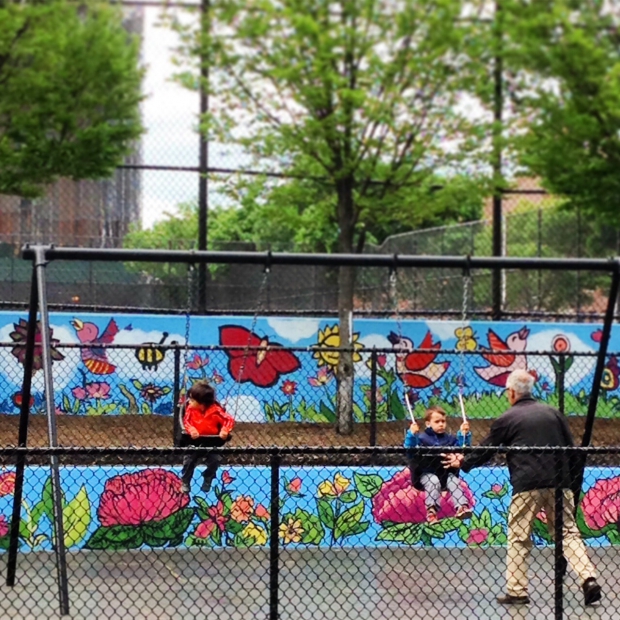 Mural Project made possible with support from Partnership for Parks, a joint program of City Parks Foundation and NYC Parks.  The Capacity Fund grant is funded in part by Parks Equity Initiative of the leadership of Speaker Melissa Mark Viverito.